Is That A Trademark I Hear? TTAB Addresses Issues Raised By Sound Trademarks In Recent Case: In Re Powermat Inc.

The parties’ dispute started in 2001, when X/Open filed an opposition in the Trademark Trial and Appeal Board challenging Gray’s application to register the INUX trademark on the basis of its famous UNIX trademark, both covering operating systems. During the opposition, Gray persistently alleged that X/Open never owned the UNIX trademark. In motion after motion, Gray argued that The SCO Group, Inc. was the lawful owner of the UNIX mark, despite clear evidence to the contrary, including SCO’s acknowledgement that X/Open owned the mark. The opposition eventually stalled over the confidentiality of certain documents and, in 2007, Gray filed a lawsuit against X/Open and codefendants SCO and Novell, Inc. in the Middle District of Florida. Amplifying on his theory that X/Open did not own the UNIX trademark, Gray alleged that the Defendants “conspired,” over a period of at least 15 years, to hide the true owner of the mark and enforce the mark against Gray and others. Gray also alleged that the goal of this vast conspiracy was to deprive Gray of his rights and “control certain software markets.” According to Gray, the Defendants’ actions violated the federal RICO statute, the Florida RICO statute, and various other laws, and caused him more than $100 million in damages.

After several heated discovery disputes, X/Open and Novell moved for summary judgment, arguing that the documentary evidence clearly established X/Open’s ownership of the UNIX mark and that Gray’s conspiracy theory was pure speculation. The Court had no trouble finding, based on the record, that X/Open owned the UNIX mark and that Gray’s claims were based on “mere suspicions and unsupported theories.” As a result, the Court granted summary judgment to Defendants on all counts of Gray’s complaint in 2009. Wayne R. Gray v. Novell, Inc., X/Open Company Limited, and The SCO Group, Inc., 2009 WL 425958 (M.D. Fla. Feb. 20, 2009).

Following summary judgment for the Defendants, Gray filed an appeal with the 11th Circuit, which affirmed the District Court’s judgment. Echoing the District Court’s summary judgment decision, the 11th Circuit found that Gray’s claims “lacked a substantial factual basis.” At about the same time, X/Open filed a motion seeking to establish its entitlement to attorney’s fees with the District Court, which was granted. The issue of X/Open’s right to attorney’s fees having been decided, X/Open submitted arguments concerning the amount of its attorney’s fees and costs in 2010, and was recently awarded approximately $410,000, plus interest. Wayne R. Gray v. Novell, Inc., X/Open Company Limited, and The SCO Group, Inc., Case No. 8:06-CV-1950-T-33TGW (M.D. Fla. Sept. 6, 2012).

Litigants should be expected to zealously advance their positions, but Gray v. X/Open shows they should refrain from making meritless arguments. When they do, the party forced to defend itself against such arguments can recover its attorney’s fees and, as this case illustrates, those fees can be substantial.

For more information about attorney’s fees in trademark cases, contact Evan Raynes, one of the principal attorneys for this case, at eraynes@symbus.com. 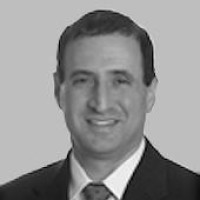 Evan A. Raynes, JD, has over 15 years of intellectual property experience, with an emphasis on trademark counseling, prosecution, and litigation. He has broad experience in all aspects of trademark counseling and prosecution, including domestic and foreign trademark clearance, portfolio management, licensing, and audits. Evan has also counseled clients on numerous domain name, copyright, patent, false advertising, trade secret, right of publicity, social media, privacy, and data security issues.

Prior to joining Symbus, Evan was a partner at the intellectual property law firm Finnegan, Henderson, Farabow, Garrett & Dunner and the general practice firm Roetzel & Andress.